【Sumita】What is Hayama Megane Bridge？The bridge in the shape of glasses that moistens a vast paddy field!

By the way, there are many bridges shaped like glasses in Japan.

Among these, today I will introduce Hayama Megane Bridge in Sumita, Iwate.

What is Hayama Megane Bridge？ 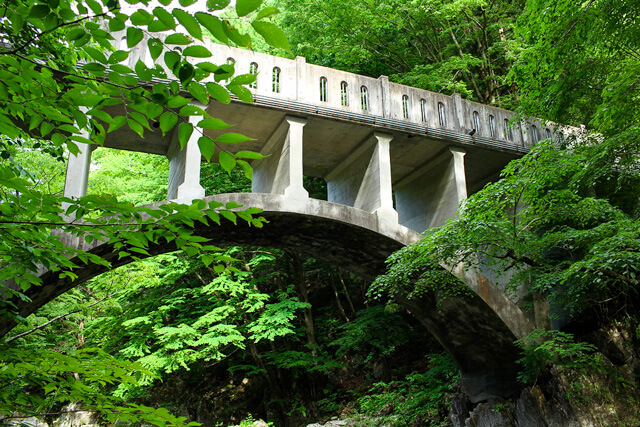 In Sumita Town, there is a place called “Ryomukai District” where villages are formed on both sides of the Kesen River. Hayama Megane Bridge is a concrete arch bridge that connects the left and right banks. It was completed as a waterway bridge for farmland irrigation in 1988. Even now, It continues to fully fulfill a role as an aqueduct bridge and continue to moisten about 22 hectares of paddy field.

Hayama Megane Bridge, the Kesen River known as a treasure trove of freshwater fish, and the view  which is made by the surrounding rocks are considered to be scenic spots.

According to the legend of Yoshitsune Hokugyo, this place corresponds to the northern route where Yoshitsune Minamoto who fled Hiraizumi escaped, so there are legends in this place such as “Footprint of Benkei” and “Hankan Tegake pine“.

The bridge in the shape of glasses that moistens a vast paddy field! 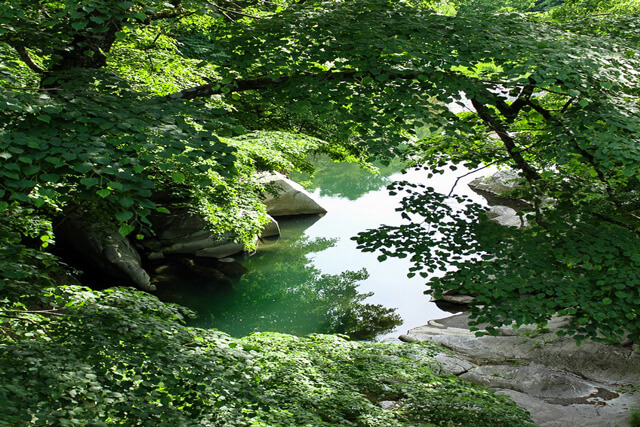 Hayama Megane Bridge that stands quietly in abundant nature, and the role as a waterway bridge is still alive, and beautiful water flows in the waterway. The water source could not be confirmed, but the waterway continued from the mountain surface. 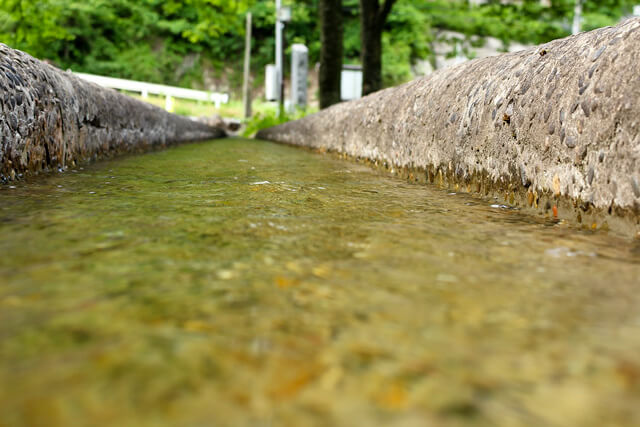 There is a way to get to the side of the Kesen River from the arbor. The angle from the bottom is also outstanding. 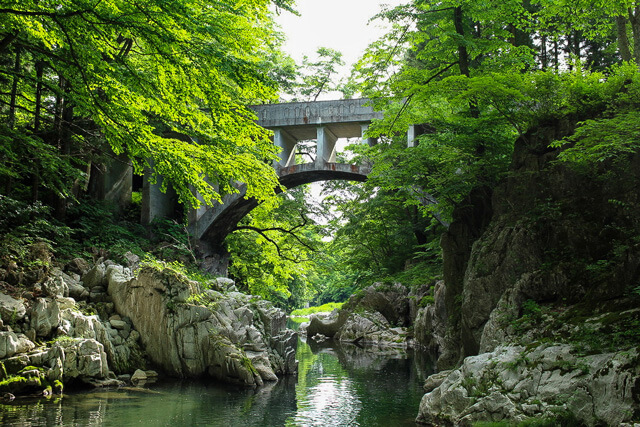 The rock surface also has a slightly unique shape. I think it was created by the flow of water over a long period of time. 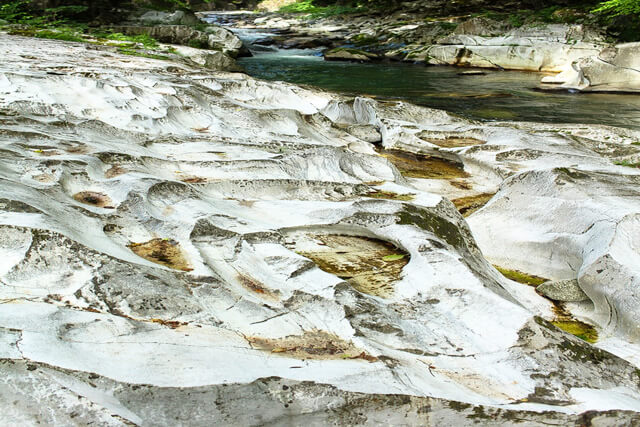 It is a very calm place surrounded by rich nature, so you can hear the murmuring of the Kesen River. It’s a good place to relax and cool in the summer.

Where is Hayama Megane Bridge?

What is Rokan Cave in Iwate?You can see the mysterious view ...

What is Matsuhi Bridge? The valuable heritage where the wisd...

What is Kesen Otaki? The fascinating waterfall created by th...

HOME >  English Blog >  【Sumita】What is Hayama Megane Bridge？The bridge in the shape of glasses that moistens a vast paddy field!