By the way, The Michinoku Hydrangea Festival held from June 27 to July 26 entertained many people with the beautiful appearance of hydrangeas.

It had a spectacular view that can only be seen at the end. This year’s festival is over, but please look at this superb view next year.

Today, I will introduce Hydrangea Pond in Michinoku hydrangea garden!

What is Michinoku hydrangea garden? 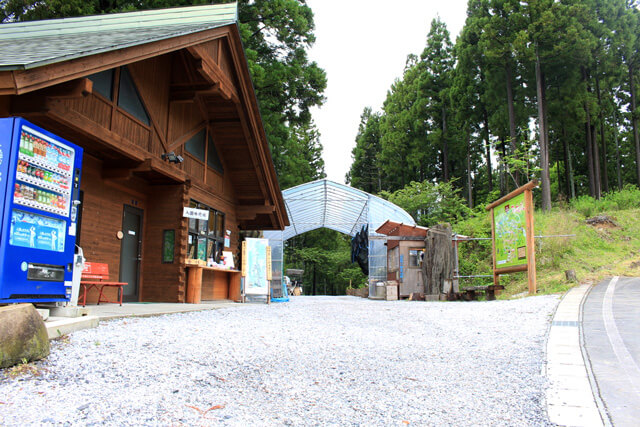 The beautiful hydrangeas bloom in about 15 ha of a cedar mountain during the hydrangea season.

This garden is decorated with about 40,000 plants and 400 varieties of hydrangea. the number of original varieties is one of the best in Japan.

This hydrangea was planted by Mr. Ito who owns this forest since 1983. Then the Michinoku Hydrangea Garden is opened in 1997 while increasing the variety and number each year. Now it is featured on TV, and many people are visiting to see hydrangeas.

Also, just before the hydrangea season, the “Shakunage Festival” is held, and you can enjoy beautifully colored Shakunage and Kalmia. 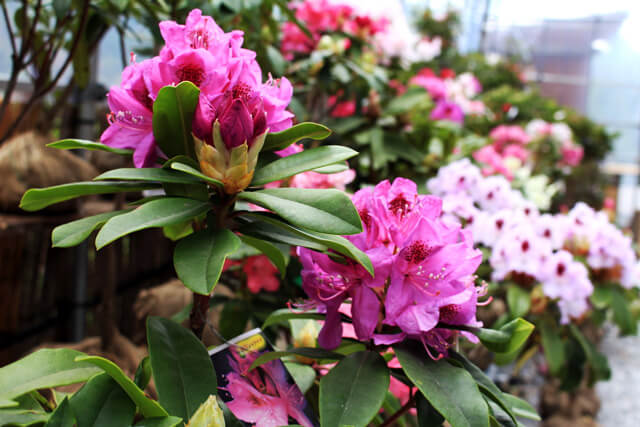 What is Michinoku Hydrangea Festival? 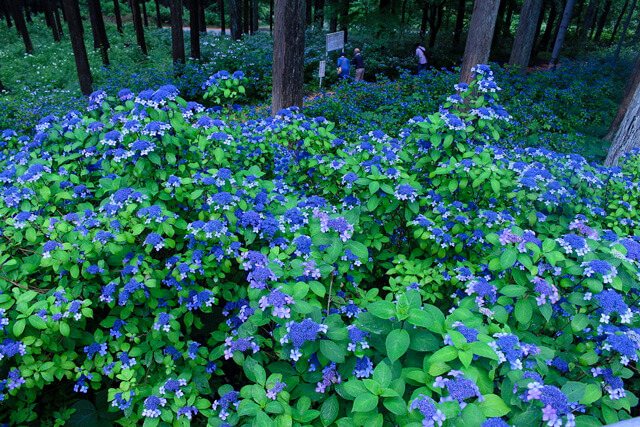 You can enjoy the beautiful view of the hydrangea which is a characteristic of the rainy season while taking a walk through the three courses, “Kurenai Course”, “Okuhime Course”, and “Kenkyaku Course”.

Early blooming hydrangeas are were full bloom and are spectacular. The colorful hydrangea was very beautiful such as blue, white, pink, purple. 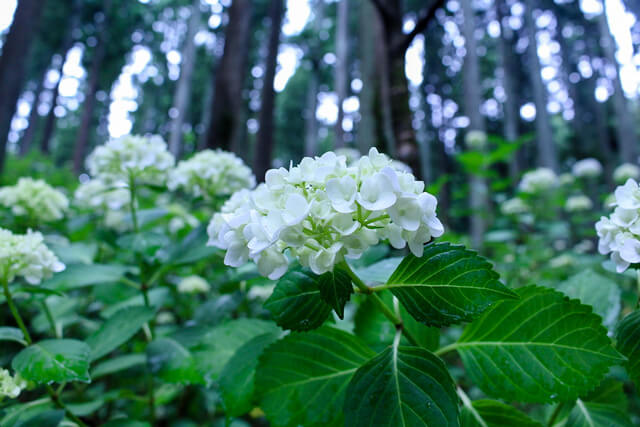 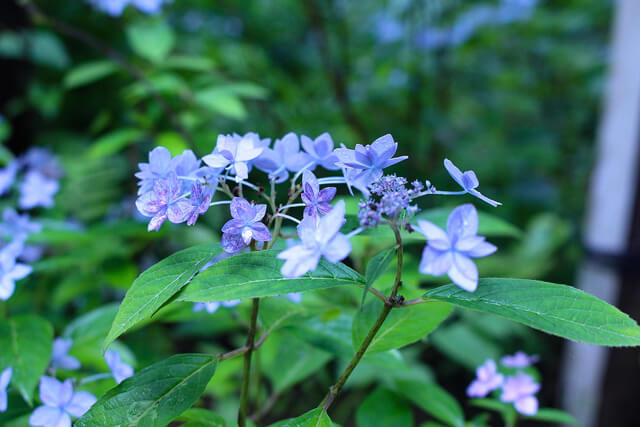 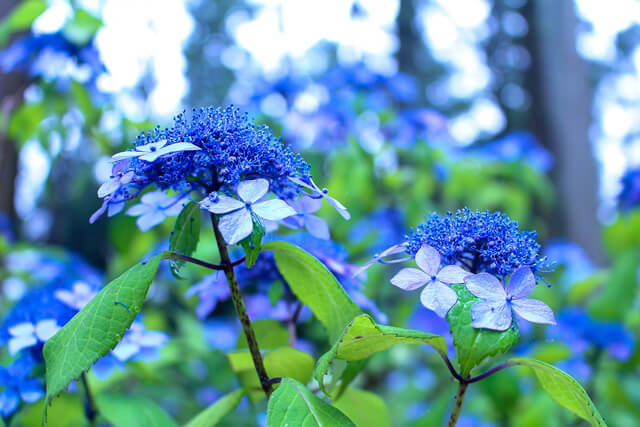 This picture is the state of the hydrangea filed. The hydrangea field is a place where countless hydrangeas are planted in the open areas of the garden, and the beautiful view spreads out like a carpet of hydrangea. 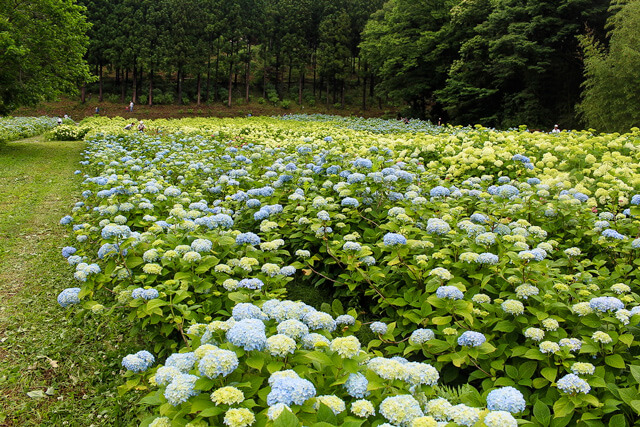 I think that the flowering situation will change depending on the weather conditions of the year, but I hope it will be a reference when visiting next year or later. 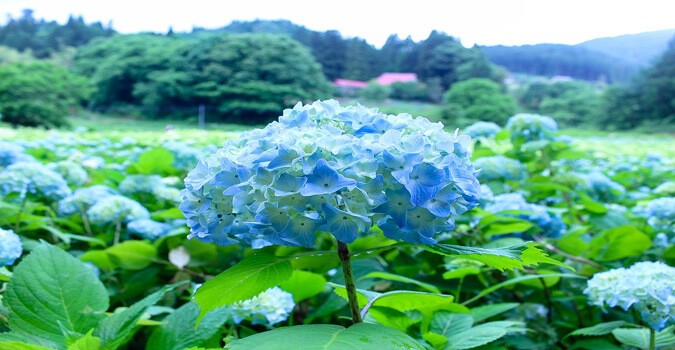 What is Michinoku hydrangea garden? The best hydrangea festival in Japan is held!

the magnificent view that can only be seen at the end!the Hydrangea Pond decorated with many hydrangeas! 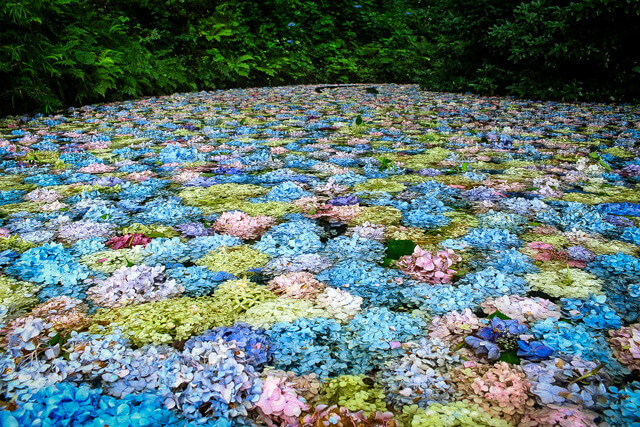 The Michinoku Hydrangea Festival has spectacular spot that can only be seen at the end (3-4 days before the end of the festival ※may change depending on the year). It’s “the Hydrangea Pond“.

You can float the prepared hydrangea on the pond in the garden for a limited time at the end, and gradually the colorful hydrangea will decorate the pond.

The view is breathtaking. The hydrangea floating on the surface of the water was captivating to many people because of its refreshing and elegant view.

This year’s Hydrangea Festival is over, but I look forward to seeing this beautiful view again next year. 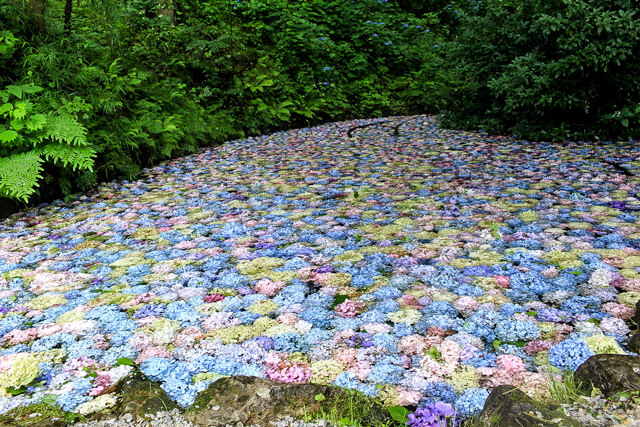 What is Mt.Kurikoma? The famous place for autumn leaves! En...