【Ichinoseki】What is Koguro Falls? You can see the view of the powerful waterfall during the rainy season!

There are also many places in Ichinoseki with great views of nature. 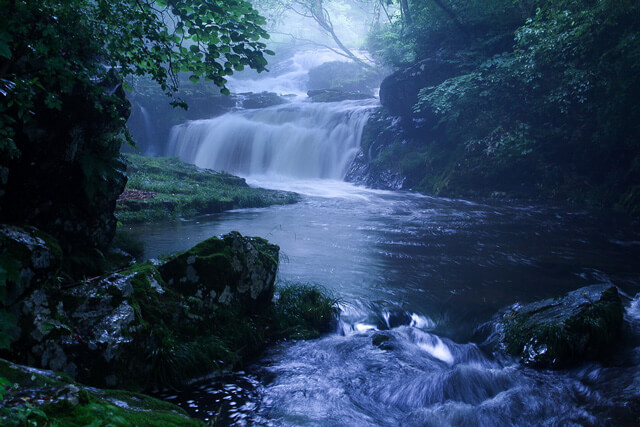 Daito, Ichinoseki City is known for the strange festival “Ohara Mizukake Matsuri” held every February. There is a waterfall in the mountains of Daito where you can feel the beauty of nature. That’s “Koguro Falls“

Koguro Falls is a waterfall that is divided into Otaki and Metaki. Metaki is at the right, and Fudoson built in 1776 is on the right.

The contrast between the whiteness of the water flowing down the overlapping large rocks and the flowers that bloom all around is beautiful. In addition, this view changes depending on the four seasons. Among these, The view of the appearance of the waterfall and autumn leaves during the autumn is so beautiful.

One more thing, 1,000 cherry trees were planted along the village road in 1931, and There are about 30 trees around Koguro Falls.

It’s healed by the powerful waterfall that you can see during the rainy season! Although the rainy season is often rainy and the water tends to be cloudy, but the amount of water increases and you can see a powerful view.

Koguro Falls also showed a powerful appearance, although It is not so high. the view of this waterfall is mysterious and beautiful.

The area around Koguro Falls is quiet and you can hear the sounds of birds. And The sound of the waterfall echoes and is very comfortable.

On this day, it was misty after the rain, so I felt a little strange, but I could enjoy the fantastic atmosphere. The view after the rain is also good. I was able to spend a very relaxing time bathing in negative ions while watching the beautiful natural! What is Polano? You can eat delicious ice cream and gelato i...

What is Murone Shrine? the shrine with a history of more tha...

HOME >  English Blog >  【Ichinoseki】What is Koguro Falls? You can see the view of the powerful waterfall during the rainy season!