What is Mokusa Shrine? The birthplace of Japanese sword was in Ichinoseki ⁉︎

By the way, The “Japanese sword” made by the blacksmithing method peculiar to Japan was once used as a tool for warfare, and is now valuable as a work of art. Some Japanese swords are also called “lost technology”, which cannot be reproduced even with modern technology, so show that they have been proud of their high technology since ancient times.

Actually, there is a place in Ichinoseki City, Iwate that is said to be the birthplace of Japanese swords. Today, I will introduce Mokusato and Mokusa Shrine 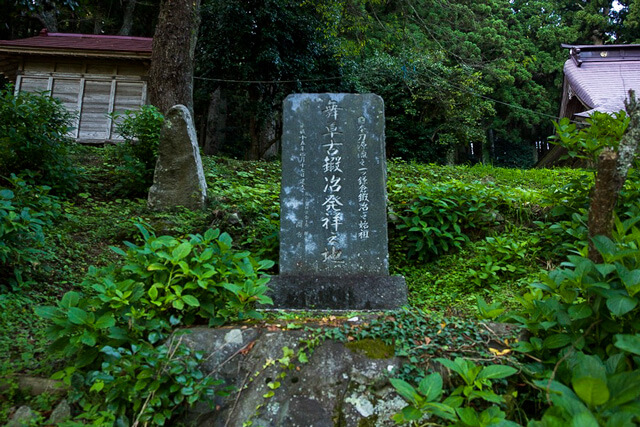 There is a legend that is said to be the origin of Japanese sword in the Maikawa district of Ichinoseki City. It is said that the swordsmith group “Mokusakaji” once lived in this area since the Heian period, and they forged the “Mokusato“, which is said to have the roots of Japanese sword. It’s the warped sword that became the prototype of the Japanese sword, not the straight sword that was the mainstream until then.

The activity of them can be seen in many sword books: the oldest sworm book”Meizukushi” at Kanchiin inKyoto, etc. However, there are still many mysterious parts due to the extremely small number of in-brand items.

The sword from the early Kamakura period that have the characteristics of Maigusa sword engraved on Nakago are on display at the Ichinoseki City Museum in Genbi, Ichinoseki city. 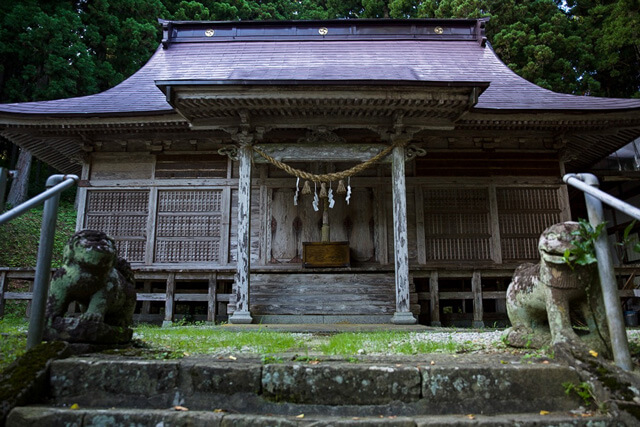 “Mokusa Shrine” located near the summit of Mt. Kannon that straddles Ichinoseki City and Hiraizumi Town is said to have been built by Hakusan Gongen in 718. It was listed in “Buntoku Zitsuroku” in 852. Then, It was also listed in “Engishikishinmeicho” in 927, so it is a prestigious existence along with “Haishiwa Shrine” in Yamanome, Ichinoseki City.

On the other hand, in 807, Sakanoue Tamura Maro built Kannon in a section of the precincts as a thank-you for the fulfillment of the prayer for the conquest of Ezo. This is called “Kichijozan Tojoji” and a prestigious temple.

There is a tradition that the Mokusa Shrine was once enshrined in Mt. Shirayamadake that is connected to Mt. Kannon. There is a legend that Mokusakaji was based in this area, and from that, the area around it is considered to be the birthplace of Japanese sword. In addition, due to the rise in the sword boom in recent years, It has become a sacred place among sword enthusiasts.

An excavation survey was conducted with the aim of confirming the remains of the swordsmith, then the trace of Tatara, tuyere of bellows, iron slag, and iron slag were found in the surrounding area. However, no definite trace of swordsmithing was found, and there are still many parts of them surrounded by a mysterious veil.

If these elucidations progress, the roots of Japanese sword, the swordsmithing culture of Ichinoseki City, or the history of prosperity of Mr. Fujiwara Oshu may become more detailed. 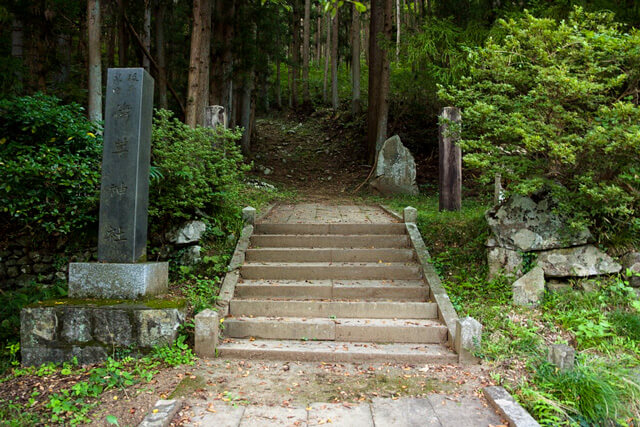 You can reach Mokusa Shrine from Omotesando and Higashisando. Omotesando is only a walk, and the distance from the entrance to Omotesando is about 800 meters. It is a dirt road and the slope is steep, so I recommend shoes and clothes that are easy to walk in when using this.

Higashisando can be reached by car to the parking lot in the precincts of the Mokusa Shrine. Please be careful when driving as it is an unpaved mountain road.

What is Genbikei Gorge?You can see the view created by rich ...

HOME >  English Blog >  What is Mokusa Shrine? The birthplace of Japanese sword was in Ichinoseki ⁉︎