By the way, There is a temple that is worshiped by many people as an ancient temple of the Tendai sect In Mizusawa, Iwate.

Today, I will introduce “Kokusekiji Temple” that has a long history. It is also famous for holding “Kokusekiji Sominsai“! 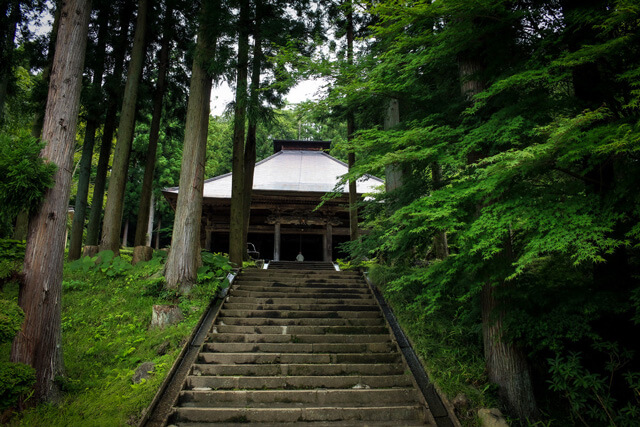 “Kokusekiji Temple” in Mizusawa was erected by Gyoki in 729. Initially it was called “Tokozan Yakushiji“, but it was destroyed by fire during the conquest of Ezo.

Then the craftsman of Hida(Gifu prefecture) rebuilt the Yakushido In 807, and it was reconstructed by Jikaku Daishi and renamed “Myokenzan Kokusekiji” in 849. The current main hall and kuri were rebuilt in 1884 due to repeated fires after that.

The principal image of Kokusekiji is the nationally designated important cultural property “Yakushi Nyorai seated statue“, which has an inscription in the womb in 862 and is a valuable example of the Buddhist belief in ancient Tohoku.

It is worshiped by many people as an ancient temple of the Tendai sect, and it is also known that the “Kokusekiji Sominsai” is held every year from midnight on the new year 7th to the early dawn of the 8th of the old calendar. 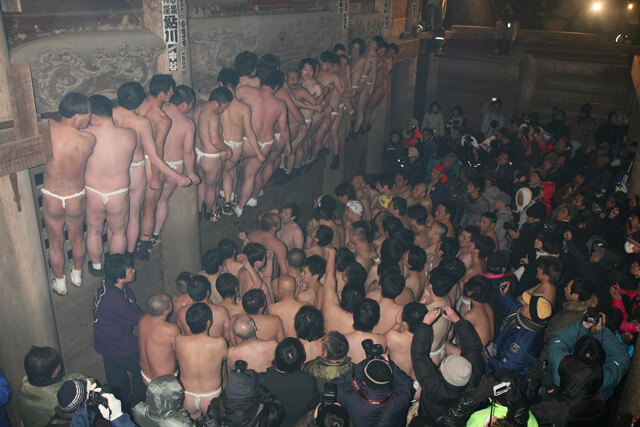 “Sominsai” is a naked festival held mainly in Iwate. The origin of the Sominsai is said to be an anecdote recorded in the “Bigokoku Fudoki“, and it is said that the prototype of it was completed in the middle of the Heian period based on the anecdote.

It is held in many places in Iwate, but the most famous and historical one is the “Kokusekiji Sominsai“. Kokusekiji Sominsai that is said to have a history of more than 1200 years is a festival of naked men and flames, and it’s held every year from midnight on the new year 7th to the early dawn of the 8th of the old calendar. It is a naked festival held in the middle of winter, and it pray for disaster elimination and a good harvest.

The festival consists of five events: “Natsumairi“, “Hitakinobori“, “Bettonobori“, “Onigonobori“, and “The competition for Somin bag“. Among them, the competition for Somin bag is main event of this festival to competes for the “Somin bag” that is packed with booth trees that are carved from the amulet of the plague “Katsunoki“. It is also the climax of the festival, so the venue is filled with a strange heat.

It is a valuable folk cultural property that conveys the rituals of the festival from ancient times, and is visited by many worshipers from all over the country every year. You can also participate in the Kokusekiji Sominsai by registering for participation. 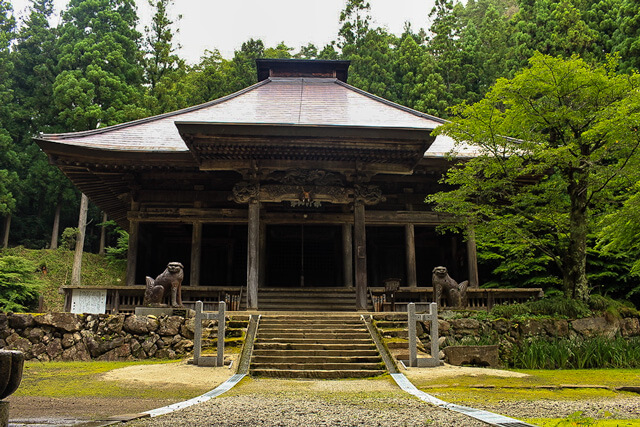 What is Suginodo Oosuzu? Let’s spend a quiet time in a...

What is “Oshu Potato”? Sweet potato cake with a ...

What is Fukusenji Temple in Tono? What is the charm of Fukus...

HOME >  English Blog >  What is Kokusekiji Temple? It is also famous for holding “Kokusekiji Sominsai”