What is Takkokunoiwaya Bishamondo? It’s a spiritual site with a long history!

By the way, many historical buildings remain in Iwate Prefecture.

Among these, Today I will introduce Takkokunoiwaya Bishamondo! It’s a spiritual site in Hiraizumi with a long history! 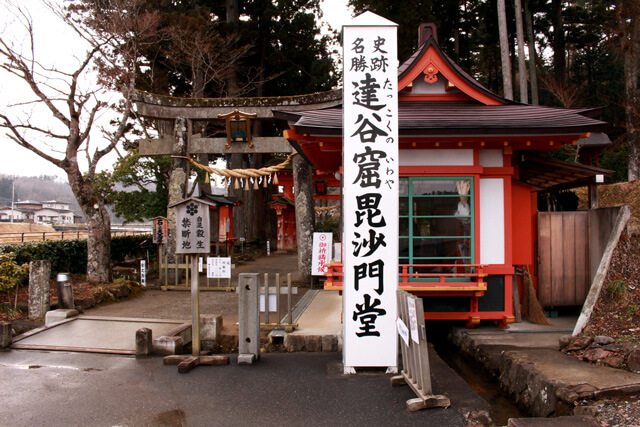 Approximately 1,200 years ago, Ezo (name of people who lived in the Tohoku region at that time) such as Akazu and Takamaru set up a fort at the Takkokunoiwaya and suffered a residents. Kokufu(provincial capital) couldn’t control them either.

Therefore, The emperor Kanmu appointed Sakanoue no Tamuramaro to the Shogun, and ordered the Ezo conquest. In 801, He defeated Ezo in the end of the fierce battle at Takkokunoiwaya.

He felt this victory was due to Bishamonten, so he built Takkokunoiwaya Bishamondo imitated Kiyomizu Temple in Kyoto and enshrined 108 Bishamonten there.

It has disappeared due to repeated fires, but it has been rebuilt each time by The lord Date Masamune, etc. The current hall which was rebuilt in 1958 is the fifth generation.

Bishamonten is the guardian god and it is said that it exorcise evil spirits, invites various wishes such as fortunes, treasure, official position, wisdom, and longevity.

Behind the door of the inside of the Takkokunoiwaya Bishamondo, there is a secret statute imitates Sakanoue no Tamuramaro. In addition, the floor under Bishamondo is a sacred place, and now it is a forbidden area where no one can enter.

The precincts are also a sanctuary, so eating and drinking, killing, collecting animals and plants, and worshiping with dogs and cats are strictly prohibited.

Takkokunoiwaya Bishamondo has been designated as a historical site as an important site that is indispensable for understanding the history of buddhism in the Tohoku region as well as Hiraizumi.

Takkokunoiwaya Bishamondo is a spiritual site with a long history! 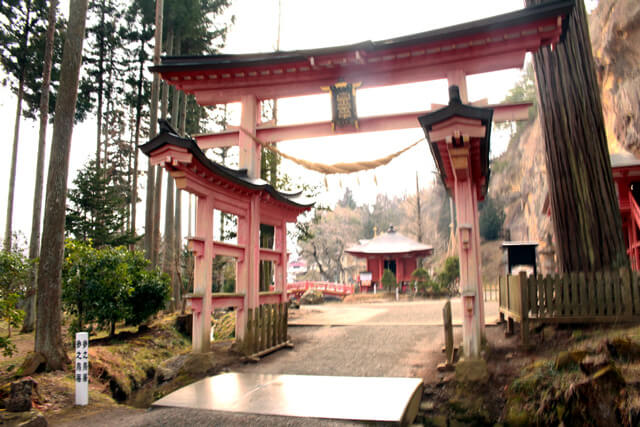 I went to Takkokunoiwaya Bishamondo, so I will introduce it.

When you pass through the three torii gates, you can see Takkokunoiwaya Bishamondo which stands on a steep rocky surface. It which was made to imitate Kiyomizu Temple has a sacred atmosphere. 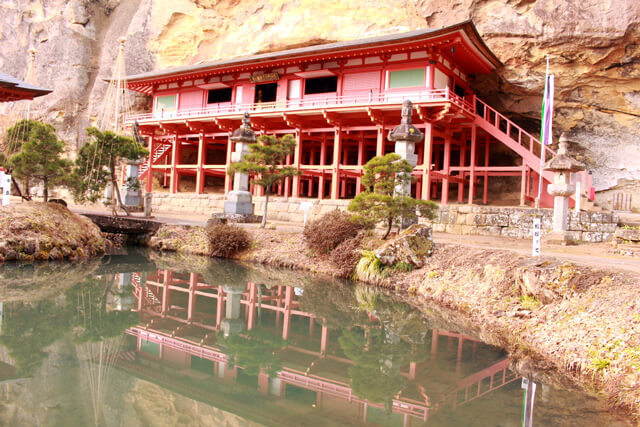 Two pairs of Komainu(guard dogs statute) are standing on the stairs leading to Bishamondo. In the hall, you can also buy the “Goyou Hoin” which is called the strongest talismans. It is said that if you put it on the household shrine or at the entrance, you can get rid of evil spirits and bring good fortune to obtain various benefits. 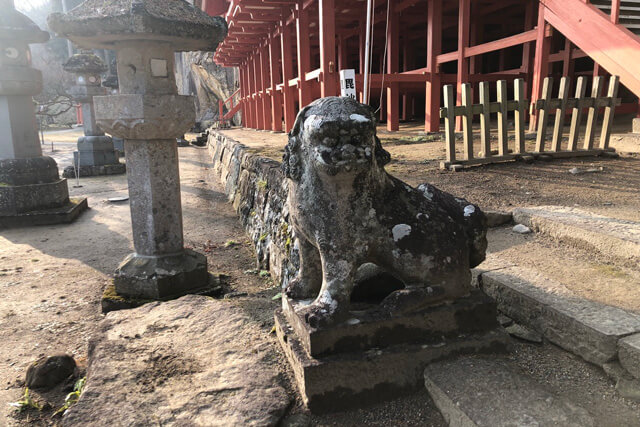 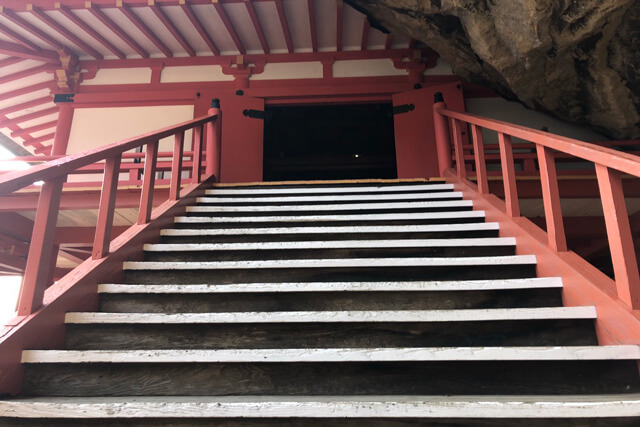 you can see the Buddha statue of the cliff carved on the rock wall in the precincts. It is one of the five largest statues in the whole country and once had a whole body, but in 1897, the area below chest fell down due to the earthquake. 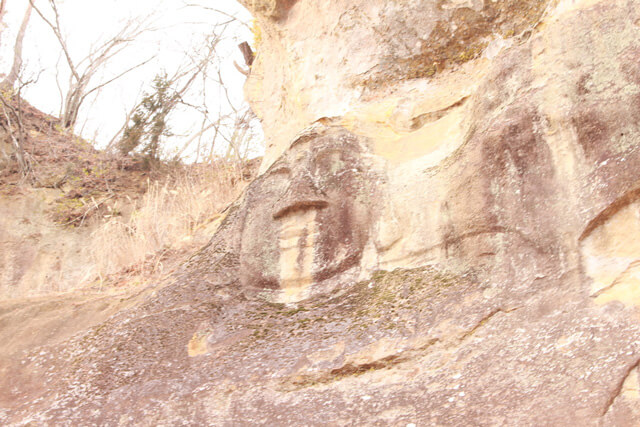 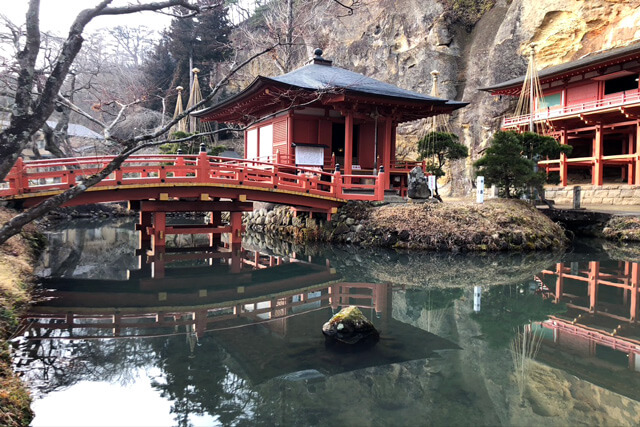 【What is Esashi-Fujiwara Heritage Park】...

What is Showano School? Welcome to the good old days of Japa...

【Morioka】What is Bank of Iwate Red Brick Building? Enjoy the...

HOME >  English Blog >  What is Takkokunoiwaya Bishamondo? It’s a spiritual site with a long history!